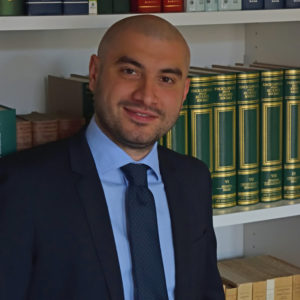 He coordinates the department of Corporate Crisis – Restructuring.

During his training period he collaborated with various and outstanding Law Firms and industrial companies.

He is often appointed as defence counsel by various insolvency proceedings (bankruptcy, arrangements) in a great number of civil and commercial litigations.

He is in Milan Court List as receiver and Designated Practitioner.

He has always collaborated with his fellows Di Nola and Restuccia.