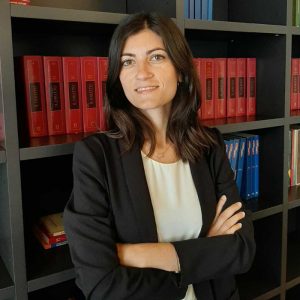 She graduated with honors in 2014 from the University of Palermo, discussing a thesis in Criminal Law (“Tutela Processuale delle vittime di Stalking”) with Professor Giuseppe Di Chiara, as supervisor.

In A.Y. 2013/2014 she took part in the “Erasmus Project” and attended the Universitat de Valencia for nine months with a scholarship.

After graduating, she carried out her legal practice at the Studio Legale Comandè Avvocati.

In 2016 she obtained the Diploma di Specializzazione per le Professioni Legali, from the School of Specialization of the Guglielmo Marconi University in Rome.

In 2017 she qualified as a lawyer and she is a member of the Bar Association of Palermo since 2021.

From July 2020 to July 2021 she worked as an intern at the Legal Staff of the Regional Energy Department.

She attended an in-depth course on enviromental law

She speaks Italian, English and Spanish.