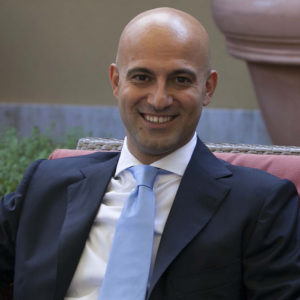 Already in secondary school he was interested in economics, history and politics, therefore, when it was time to apply to university, hesitated about the choice between economics, politics and law. He stilled his doubts by selecting a law course with economics classes at Carlo Cattaneo LIUC University in Castellanza, where he attended the economics classes held by great masters such as Francesco Denozza, Francesco Silva, Valter Lazzari, Giovanni Bognetti and Eva Cantarella.

After university he started his legal traineeship in the branches of commercial, bankruptcy and banking law, collaborating both as trainee and lawyer with outstanding Italian and international law firms (Ashurts, Studio Prof. Fimmanò, Studio Avv. Traversa). He qualified for the professional practice in 2005.

Meanwhile, he kept studying law and economics attending the Law and Economics PhD Courses of the University of Siena, where he also obtains a 2nd level university master’s degree (MSc) in Law&Economics. Moreover, he also studies economics theory, antitrust and finance legislation, and industrial economics. In 2005 he obtains the specialisation master’s degree in Company Law at  Scuola d’Impresa IPSOA.

He keeps collaborating with LIUC, since he graduated (in 2002), first as Honorary Fellow (for civil law since 2005 and commercial law with Professor A. Toffoletto and Professor N. Rondinone), then as Teaching Assistant (for political economics) and eventually as a Teacher (since 2006) for the course of Law and Competition Economics.

From 2007 to 2010 he is Junior Researcher (Research Affiliate) with Professor L. Sacconi, at the Research Centre EconomEtica of the Bicocca University of Milano. In 2010 he goes back to LIUC in Castellanza as Researcher and Professor for the course of Commercial and Industrial Law, teaching Banking Law.

Since 2006 he has been working as consultant and for various corporations, companies and individuals all over Italy.