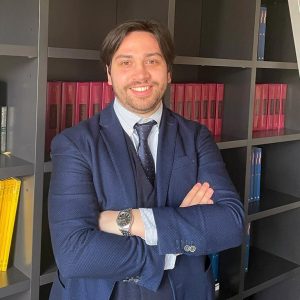 Francesco Leone received his Master’s Degree in Law at University of Palermo, with full marks, in the summer of 2018. Soon after, he joined the Attorney of the State as a trainee lawyer where he focused on several different branches of law, such as civil law and administrative law.

Specifically, he had the opportunity to deal with issues such as permitting, suspending, and revoking procedures, as well as antimafia prohibitions and legal procurements. Meanwhile, he also attended a course of specialization in Law directed by Roberto Garofoli. Both these experiences terminated in June 2019.

From September 2019 to April 2021 he has worked for Studio Legale Petrucci where he was part of the administrative law team and the consulting law team.
Since October 2020 he has collaborating with the Administrative Law course at University of Palermo where he is in charge of presenting seminars and he is also part of the evaluation committee for the student exams.

Since December 2021 he is qualified as a Lawyer and since January 2022 he has been collaborating with CDR Avvocati, where he focuses on energy and infrastructure, permitting, and environmental sectors.

Francesco Leone is experienced in matters involving permitting, town-planning, environment, renewable energy sources, and public procurement, both in court and out of court.

He speaks Italian and English.